Distoy was born in 2012 when London was proudly hosting the Summer Olympic Games. Its mission was quite simply to bring toy companies together to make international distribution arrangements either for individual products or for entire ranges.

It evolved from an earlier series of private, exclusive shows held at the same venue featuring just a few toy companies (starting with just 20 exhibitors rising to 40 in 2011). Realising the potential and, indeed, the need to reach the whole international toy market the doors of the show were opened wider.

It needed an identity – and the new show was branded –  “DISTOY” . Under that banner in 2012 the show featured an impressive 80 showrooms. Distoy at its peak in 2019 comprised no fewer than 200 different showrooms spread across the two hotels. 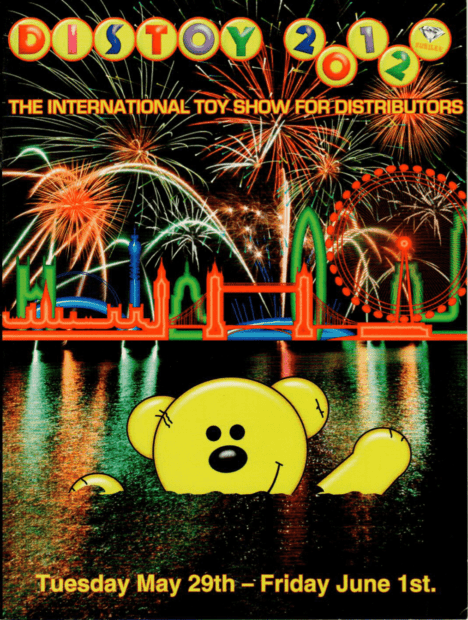